The Public Council for Promoting Hi-Tech in the Arab Society in Israel, was established by Tsofen to answer the fast emerging and mutual needs of the Hi-Tech industry, the Arab society, the Israeli economy, and the shared society among Arabs and Jews. By raising awareness of leading stakeholders in the government, the tech industry and the community; by suggesting and advancing concrete programs – our aim is that by the year of 2025, 10% of the tech workforce (compared to less than 3% today, and 0.5% in 2008) will be comprised of Arab academics. The Public Council, led by Co-Chairmen Dadi Perlmutter and Dr. Ziyad Hanna, has gathered senior members from the Hi-Tech industry, Arab municipalities, and former government officials to make a change in the Israeli society. 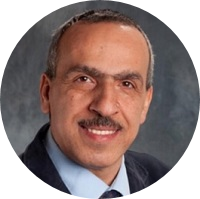 Currently a VP at Cadence Design System, leading R&D centers in various countries, in the domain of electronic design automation. Prior to joining Cadence Design Systems, Prof. Hanna was a Senior VP at Jasper Design Automation, which was acquired by Cadence in 2014. At Jasper, Prof. Hanna was responsible for advancing the company’s breakthroughs in the fast-emerging domain of formal verification technology and applications. Prof. Hanna was also Intel Senior Principal Engineer and R&D Group Leader at Intel Haifa, where he was instrumental in the development of several generations of formal verification systems, which were used on almost all Intel microprocessor designs since early 1990s, and gained the highest Intel Achievement Awards (IAA) twice. He received both his BSc and MS degrees in Computer Science at Tel Aviv University, and his PhD in Computer Science from the University of Oxford – UK. Besides his leadership at Cadence, Prof. Hanna is currently serving as a visiting professor of Computer Science at Oxford. Prof. Hanna is a senior IEEE member, holds 15 patents, and has published more than 80 papers and talks about his domains of interests. 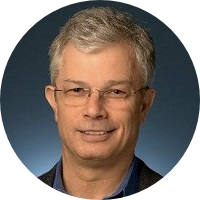 Serves as the Founding Partner and General Managing Partner at Eucalyptus Growth Capital. Mr. Perlmutter served as the Chief Product Officer of Intel from 2012 to 2014 after previously serving as Senior Vice President and Executive Vice President at Intel. Mr. Perlmutter was responsible for the business and development of Intel’s platform solutions for all computing and communication segments including data centers, desktops, laptops, handhelds, embedded devices, and computer electronics. He worked at Intel Corporation for 29 year and has been a member of the Board of Governors of Technion, Israel Institute of Technology, since 2005. He graduated from Technion, with a BSc in Electrical Engineering in 1980 and was elected as a Fellow of the Institute of Electronics and Electrical Engineers in 2008 for his contributions to the mobile computer industry.